The heavy Handley Page bombers of the First World War 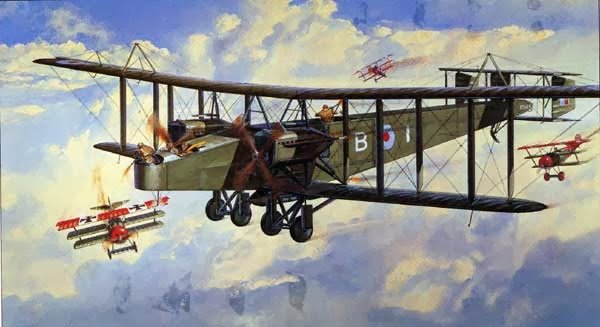 This talk tells the story of the largest British bombers of the First World War and the men who flew them. Introduced in 1915, this twin-engine monster with a 100-foot wingspan was designed to be a ‘Bloody Paralyser’ to the Germans. Operating mainly at night, the Handley Page bombers attacked Germany and German-occupied towns and cities, with the aim of disrupting the enemy's industry and transport and targeting U-boats that were causing heavy losses to merchant shipping. This talk draws from personal accounts of the men who flew in these aircraft to give an idea of what they were like in training and in action.

Rob Langham lives in County Durham. He is a keen new author, with his books on ‘The North Eastern Railway in the First World War’ and the Handley Page bombers of the First World War due to be followed by new works on the Whippet tanks and artillery at Gallipoli.