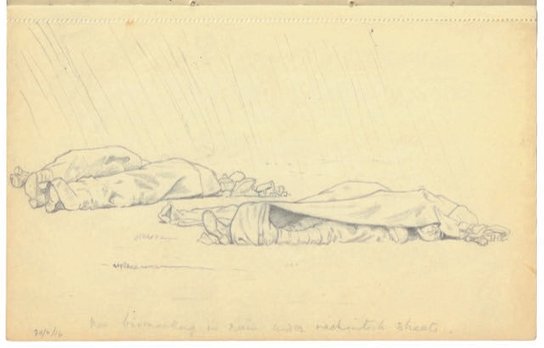 At the start of the Great War Morris Meredith Williams was living in Edinburgh with his wife Alice, a sculptor, and earning his living from book illustration and teaching. In 1915 he was commissioned into the 17th Welsh. Never without a sketchbook and pencils in his pocket he drew at every opportunity, producing an extraordinary record of his surroundings and recording scenes in the trenches that were never captured on camera. After the war some sketches became oil paintings while others inspired war memorials in stone, bronze, wood and stained glass most notably for the Scottish National War Memorial in Edinburgh Castle on which he and Alice worked together.  The memorial window in St John's Kirk, Perth is also their work. Phyllida Shaw is a freelance journalist, researcher and writer who has worked in the cultural sector for thirty years. She was left Morris Meredith Williams' sketchbooks and letters by his second wife, her great aunt. These have been used to illustrate her book An Artist's War published earlier this year and will be used to illustrate her lecture on the Williams's life and work.